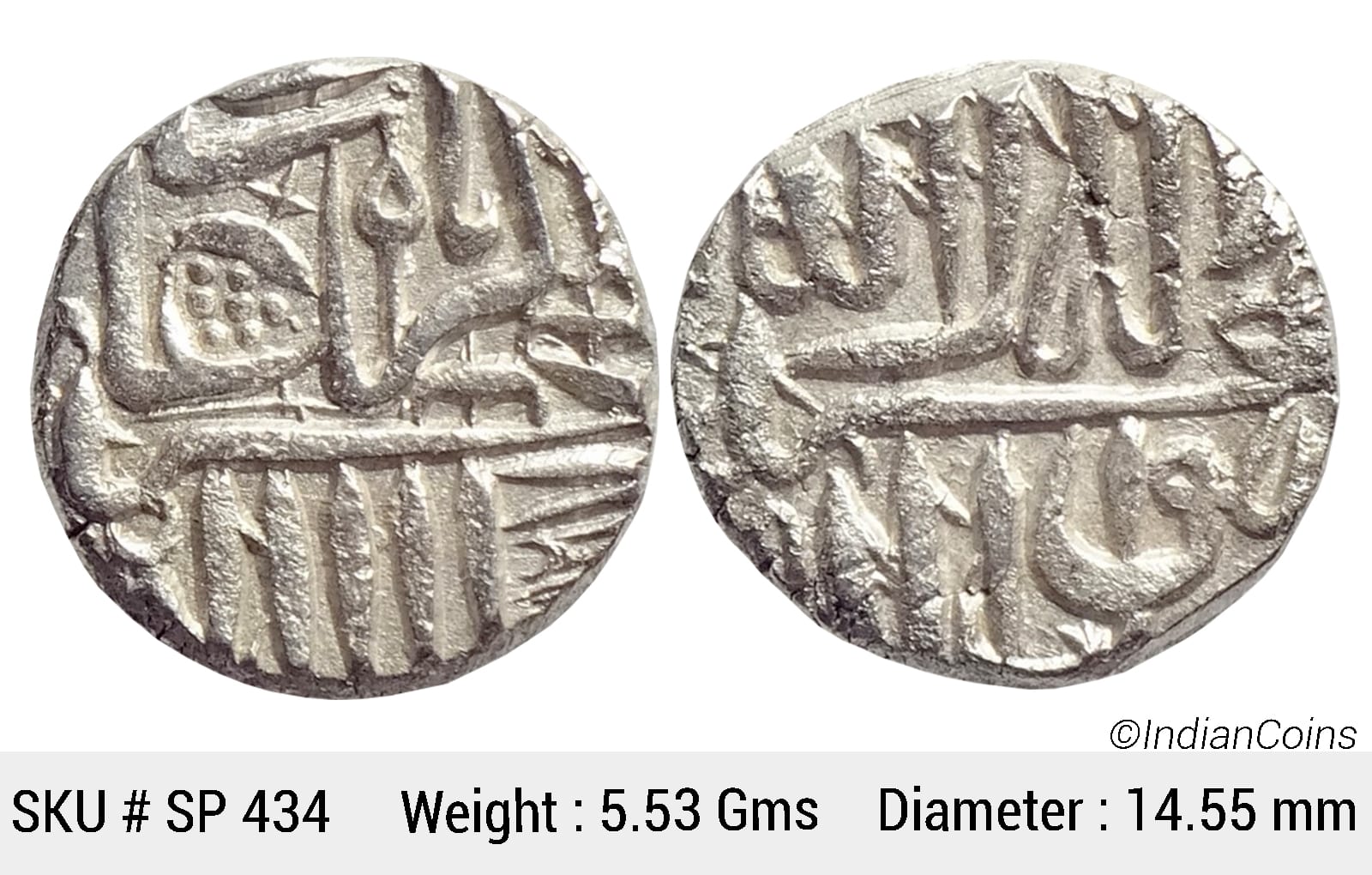 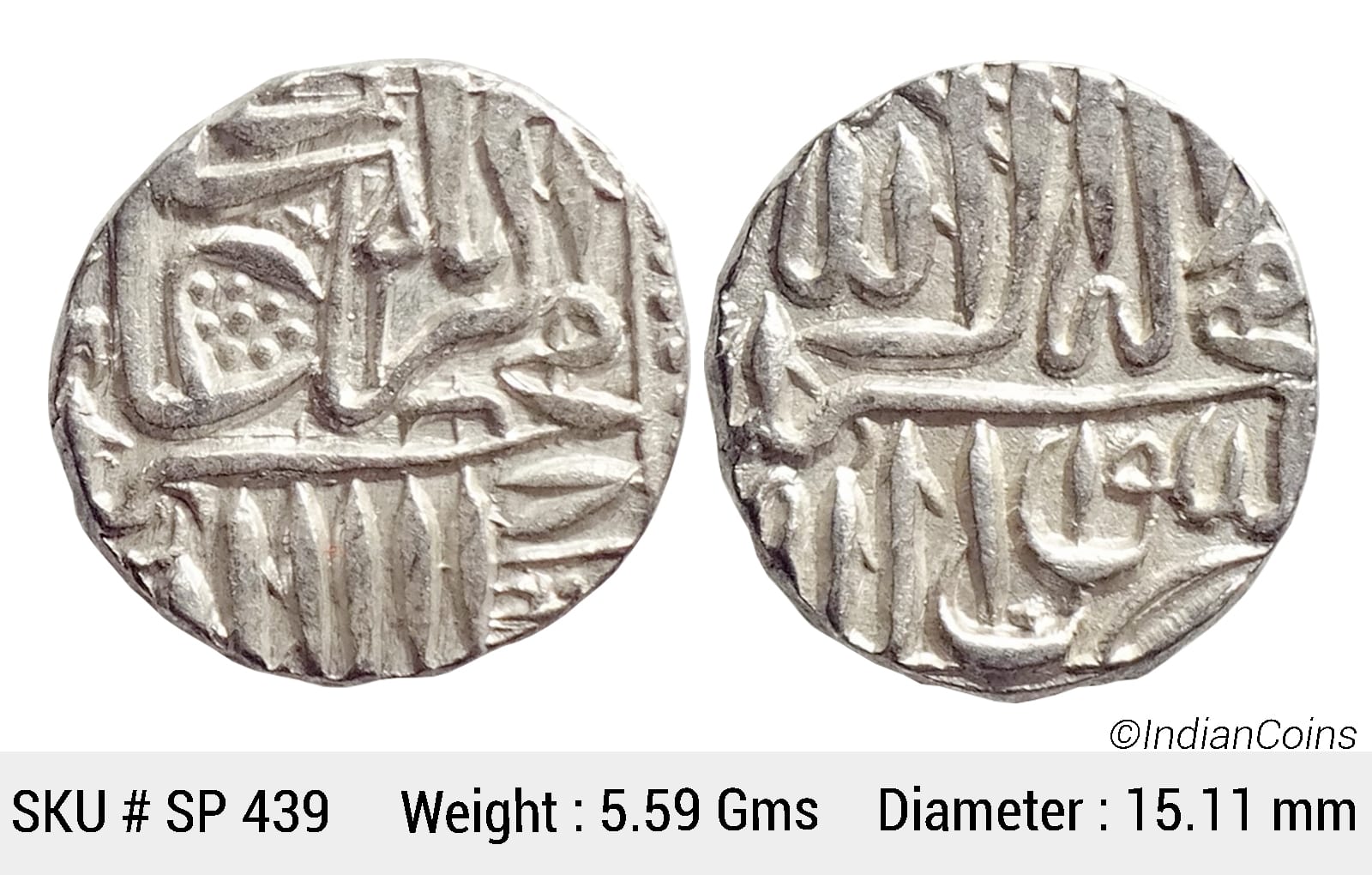 Mughal, Akbar (AH 963-1014, 1556-1605 AD), Silver Mahmudi, 5.58 gms, 15.07 mm, Mulher Mint (off flan), AH 1027 Written as 1067 where 2 is retrograde, Mahmudi coinage, struck at Mulher by the Rajah of Baglana in the name of Jalal al-Din Muhammad Akbar the Great, Obv : Akbar’s name & title (Laqab), and hijri date, Rev : kalima shahada in square, They circulated widely in the area of Surat & its borders, Baglana was a small Mahratta kingdom of India that was situated on the main trade route between Surat and Daulatabad and Golkonda, with Burhanpur nearby. Over a period of many centuries up until 1637, the kingdom had paid a tribute to various Muslim rulers. In that year, the territory was put under the administrative control of a Mughal faujdar as a part of Khandesh province. The erstwhile Raja of Baglana did not long survive the conquest and his successor converted to Islam, This Mahmudi coin was made to trade with Persian merchants at sea port of Surat (Bandar -I- Mubarak Surat) and was continuously produced even after Akbar’s death. Akbar conquered Gujarat in AH 980 (1572 AD) and then temporarily lost control during Muzaffar Shah’s revolt of AH 991 (1583 AD). Mulher (Mayurnagari) is a village in the Nashik district of Maharashtra, India. It is located on the right (south) bank of the Mausam River, 3.5 km by road east (downstream) of the village of Vide Digar and the Haranbari Dam. It is 9 km by road west (upstream) of Taharabad. It is located on State Highway 14. The Mulher Fort is located in the Mulher village. In the account books of the European trading companies certain articles were accounted for in rupees, whereas others consequently in Mahmudis. For instance land-tax was always fixed in Mahmudis. The weight of the Mahmudi is almost equal to a half imperial rupee (c.5.5-5.6 g.), but its fineness was considerable less (0.865) and therefore the official exchange rate in 1619 was 1:2.3 à 2.4 and from 1630 onwards 1:2,25. different coins have been reported with different mint marks below the word Akbar such as – fish, heart, crescent, Swastika, branch, spear, flag (dhwaj) and the last without any markings, Some of the Mahmudis bear posthumous dates, KM # 72.1, fine+, scarce. SP 436